Breaking Out Of The Bubble

When it comes to visitor numbers everything depends on folk knowledge of your event.

In reality, even in the smallest of towns stuck out in the middle of nowhere, very few people will know the event is taking place unless everyone involved has purposefully engaged in inviting everyone who they know and most especially their own Real Collectors; the folk who have bought from them in the past.

All of us live within these bubbles.  Someone with kids going to the local primary school and giving their time to the PTA will no doubt have the same feeling that everyone knows about the Christmas Bazaar or school concert.  They don’t of course, not unless someone from the PTA has invited you along on social media, a leaflet has gone through your door or someone has actually mentioned it in conversation will you know it is happening.

Assuming that it has come to their sphere of attention (within the boundary of their bubble), have they marked it in their calendar?  Are they going to attend?  Most probably not.

Such is life with Open Studio events.  A person might live in a town for 20 years and never be aware this thing has been going on year in, year out.  Therein lies the rub!

Bursting the bubble: How do you widen your sphere of influence?

Robin Dunbar, a British Anthropologist coined ‘The Rule of 150’.  He defined it as the “suggested cognitive limit to the number of people with whom one can maintain stable social relationships and thus numbers larger than this generally require more restrictive rules, laws, and enforced norms to maintain a stable, cohesive group”.

Lots of folk have waxed lyrical about this but it is increasingly considered realistic, which is why despite having thousands of friends on Facebook, it seem like I only ever see posts from people I already agree with.  So how do I reach beyond just those few folk who see routinely what I put out on social media?

In his excellent book Tipping Point, Malcolm Gladwell outlines various examples of how ideas went viral.  I recommend you read this book or in fact, listen to it whilst you create.

Bursting the bubble relies on the ‘Law of The Few’

Gladwell discusses how the 80/20 principle whereby 80% of the work will be done by 20% of participants and describes this as the Law of the Few.  Anyone who has been on a committee knows this to be the case.  But Gladwell goes on.  He discusses the three archetypes of people needed to make something a success and this is what any event organising group should think about:

There are three different archetype characters who do the 80%.  Gladwell defines them as:

The Stickiness Factor refers to the specific content of a message or even the event itself, that renders its impact memorable.  We will focus on the messages you are sending.  How do you make content messages sticky?

One old idea is that you repeat something often enough and it sticks.  This blunt force approach can work but for the wrong reasons too.

The “good” flavour of sticky comes from users believing that they will be getting genuine value and satisfaction from coming to your event and wanting to repeatedly experience those benefits by choice, again and again every year.

They don’t just have to come along because you are a friend of a cousin or have some other tenuous link, they want to visit you and see your work.

This is where focusing on practicalities, ease of parking, finding the entrance, a place to sit down, simplicity, and positive prompting really reaps its rewards, and where artists should invest their energy from the beginning.

When an event is sticky for the right reasons, your potential collectors don’t mind paying the annual fee of using the ferry or paying the road toll or even taking a day off work to come and see you, thanks to ongoing happiness with the experience. This optimal situation allows artists to focus on optimizing and enhancing the experience instead of playing defence to try and stop collectors from fleeing without parting with their cash.

Harnessing ‘The Power of Context’ when bursting the bubble

Human behaviour is sensitive to and strongly influenced by its environment. Gladwell explains: “Epidemics are sensitive to the conditions and circumstances of the times and places in which they occur.”

This is important.  If you are creating things which have a tangible connection to the earth you are standing on, if you have painted landscapes or seascapes folk can literally see as they are considering whether to buy your art, they are more likely to buy it.

I have see this in practice with a wonderful Kent-based artist in the UK, Bruce Williams.  Bruce, amongst other things, paints seascapes of beach and view across the Thames Estuary looking toward the Isle of Sheppey. Bruce’s work is beautiful and he has a great reputation.  Bruce sells all the time.

He sells so much  often because he understands how to exploit his surroundings, he knows how to get folk to talk about their lovely day, show them the painting and finish the deal looking out at the view they are holding in their hands.  Amazing!

Bursting the bubble; how far can you go?

The thing is that you want to cast your net further afield.  You don’t just want people coming from within the town or city you live in.  You dont only need to see family and friends.  You need folk from out of town.  Folk who will never have see your art before and who might be turning up with some cash in their pocket.

They might even make the trip a short stay and rent a local AirBnB to make it a special occasion.

Why not look at cross-promotions?  If you have a friend with an AirBnB in your area, why not get them to share your Open Studio event on their social channels, whilst at the same time you share their AitBnB link on yours?

The limits of how far you can go are bounded only by your own imagination, for example:

The list goes on, but your get the idea. 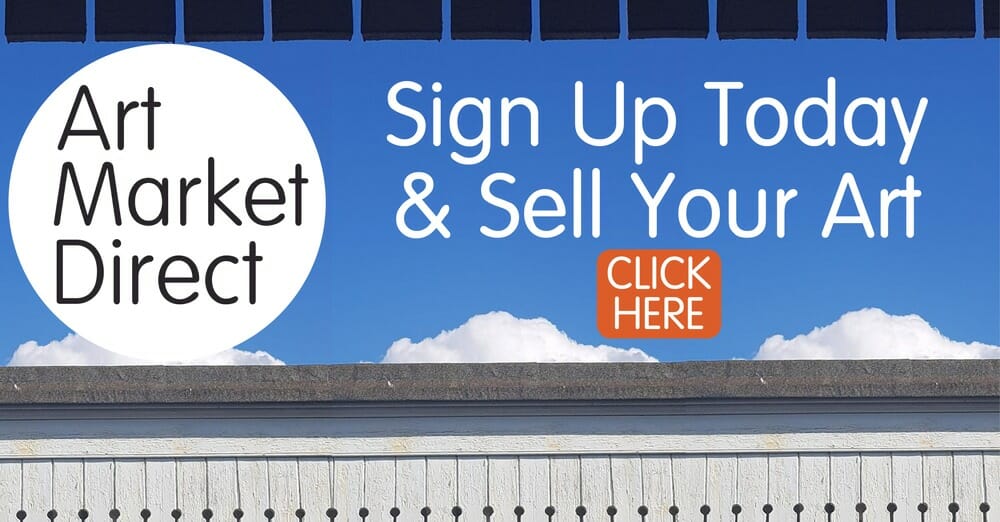 Email us.With ArtMarketDirect.com artists are able to take control of their own careers, list their own pieces for sale to collectors and undertake their own fulfillment of orders.The only stipulation on ArtMarketDirect.com is that the work you list is your own and is original. Where prints are for sale, we ask that all image copyrights belong to you and that you are legally disposed to sell the pieces you have on offer.The site is FREE to use with only 10% sales commission OR for those willing to bet on themselves with only a nominal subscription (from less than £1/month) to upload unlimited artwork and very low 3% commission on sales. If you are a creative, ArtMarketDirect.com is the best option you have.

Header Image by WILLGARD from Pixabay